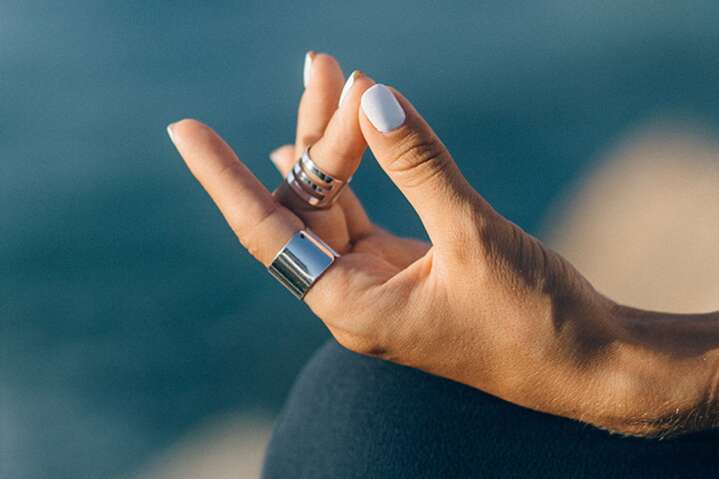 A year ago, if you looked in the dictionary beside the word ‘stress’, you’d probably see my photo. My job had laid off a bunch of people because of the pandemic, and we were all required to adapt, and take on new roles, and the stress of it all literally drove me insane (for a little while).

I knew I had to find a way to destress — worse, I’m a stress eater, and within months I had ballooned from hovering near 160 pounds, to near 180. At 5ft 9’’ I carried the weight well enough for my frame, but I couldn’t fit into my clothes, my skin was breaking out, my hair was thinning — and then I found yoga.

It was purely by chance — I was discussing fitness options with some colleagues, and one of the girls said she was going to try pilates classes online. It was while checking those out that I stumbled on some yoga poses, and thought heck yes, I could do that. Key for me was not only physical fitness but mental freedom as well, as I had to find a way to not only look good, but be able to just breathe and exist in the new space at work, while not allowing the pandemic to send me into a bad mental state.

So I found PsycheTruth on YouTube (which provides informational videos on everything from nutrition and massage to psychology and yoga) and got going.

I started with the simplest stretches — yoga for beginners — and started moving. I found that the routines, when started with the right mindset, would put me at ease from the get-go. It became less about losing the weight, and more about taking control of my health and happiness. And I realised that once I made that connection, the weight loss followed.

It took about four months of steady progress — yoga twice per day for an hour each session — for me to realise just how much weight I was losing. See, I was more focused on the fact that I was performing better at work, could use zen to block out the negative energy, was not feeling pressure or pressured, and was as calm and cool as a 60s hippie, just feeling free, doing what made me feel good, embracing positivity, and best of all, not feeling stressed at all.

It was when I was being weighed at the doctor for a regular check-up that I realised that I’d lost 10 pounds from the last time I’d cried in my bathroom when the scale topped off at 178, that I realised the power of yoga.

Of course I’ve continued, and I’ve followed up by eating cleaner, and just being generally more aware of my body and mind, and what I put into both. I literally freed my mind with yoga, and the pounds fell right off!

Venese Williams, 25, is a corporate social responsibility officer, with an interest in the mind-body connection.